I have a feeling that I am fast becoming one of those enthusiastic mothers that others avoid.

I don’t make any apologies for this because I’m incredibly proud of both my boys. A few years back they were both dabbling in local bike races, but as A-Levels approached, my younger son wanted to concentrate on his studies and so his cycling took a back seat.

My elder son, on the other hand had been well and truly bitten by the cycling bug. This is his story (from my perspective).

What Makes A Cyclist?

Determination, a willingness to learn and fast growing skin
– let me explain.

My elder son Rob started cycling back in 2011 (aged 15) on a second-hand Battaglin he bought off eBay. Back in those days our club (Stowmarket and District Cycle Club) only ran Sunday rides, usually averaging about 18-20 mph over 60 miles or so. Needless to say it was a few months before he managed to hang on, but through sheer determination he made it.

During this period he acquired the nickname of ‘crash test dummy’ as he’d often get over tired on rides, lose concentration and end up crashing. I spent several Sunday mornings driving round Suffolk to pick him up from his latest ‘controlled dismount’.

Working at weekends in a local independent cycle shop, most of his earnings went back into the till as be began kitting himself out.

He began getting stronger and stronger. Some of the club riders were already racing and it wasn’t long before Rob joined them. After much saving he bought himself a Focus race bike and started entering our local criterium series.

Like all good cyclists, it wasn’t long before that bike wasn’t good enough and he sold that to one of his university mates to buy a Giant TCR.

He began seeing some success, gaining enough points to achieve his third category* race licence. His name was getting known on the local race circuit and he was asked to join our club’s race team – Fast Test.

Things were starting to get serious now. He began entering road races, which he discovered were his forte. Being a streak of lean, he was built to climb and race long distances, as he didn’t have the explosive power of a sprinter.

His bike handling skills improved, crashes reduced and the results started flooding in.

By the end of his first year with Fast Test he’d achieved his second cat race license and first came to the attention of the national amateur sponsored team, HR Owen Maserati (now Morvelo Basso).

His dreams came true when they offered him a ride for the 2016 season, but Rob knew he still had a lot to learn and, after much deliberation, turned them down and remained with Fast Test.

After his second year with Fast Test (2016) he achieved his first cat license. No small feat considering it requires riders to gain 200 points in a season.

Racing against seasoned riders, he was learning race craft, understanding where to position himself, and studying the form of other riders in his race to work out which were the wheels he needed to follow.

At the end of 2016 HR Owen Maserati contacted him again. They’d been watching him and again offered him a seat on their squad. This time Rob felt the time was right to move on and stretch himself, so signed up to their newly named team, Morvelo Basso, for the 2017 season.

Suddenly, he was thrust into the world of national racing. Although he had done one or two previously (and was usually spat out fairly quickly) most of his experience was in regional races.

The pace was hot, especially in his first call up with the team. Perfs Pedal Road Race is the season opener. Won by Chris Opie (Bike Channel Canyon) Rob was thrilled to come in 26th in an incredibly strong field.

The big races started coming thick and fast, most notably the Jock Wadley Road Race. In a field with big names such as Ed Clancy (JLT Condor), Steel Van Hoff (One Pro Cycling), and Graham Briggs (JLT Condor) it was going to be tough. In fact it was the fastest ever edition of the race with Rob averaging 29mph over the 90 mile course.

He was flying and stormed home in 11th place. That was despite getting a puncture (changed for him by One Pro Cycling) and having to chase the peloton for five miles. It was only when he reached them that he glanced at his Garmin to see that he has slowed down to 35mph!

His first taste of riding with a full professional field came in France. He and the team entered a two-day stage race: day one consisted of two 80km road races, and day two a 150km road race.

They arrived in their hire van and parked up along side the pro teams’ buses – yes, they were the only amateurs there. The atmosphere was incredible; it was just like a mini Tour de France. With a rolling roadblock and caravan of sponsors chucking freebies to the crowds ahead of the race, Rob was about to get an idea of what it’s like for the pros.

From the start the pace was fast and furious. At the end of stage one Rob was five minutes down on the leaders despite having averaged 27mph. Sadly Rob only got to compete in the first two stages due to a ‘little off’ caused by a cyclist ahead of him who crashed into some road furniture blocking his way.

Then the news came that Morvelo Basso were going to be one of the seven main teams in the 2017 Tour Series.

As you might guess, every May in our house Rob is glued to the Tour Series highlights, so the realisation that this time round he would be there competing against the country’s top teams was mind blowing.

He made is debut in the very wet Croydon stage. He was in awe as he warmed up with his team surrounded by Madison Genesis, JLT Condor and One Pro Cycling.

To paint a picture of how surreal it was for him, about four years previously Rob and my husband had gone down to Surrey to watch the Tour of Britain, taking their bikes so they could ride round and catch the action in various locations.

While looking round the pits, Rob caught sight of Kristian House, one of his heroes, and had a picture taken stood next to him.

That night in Croydon, he looked across and saw Kristian House lined up with him – how cool was that! Even better, he told me after the race that on the warm up lap he was riding round and chatting with Steel Van Hoff (the winner of the earlier stage in Wembley) of One Pro Cycling.

He was pretty disappointed with his performance that night, but learned a lot from the experience.

Two days later he was up again in Bath. Again it rained and the conditions were treacherous. Rob positioned himself well towards the front of the field, but one of his teammates crashed fairly early on. Unfortunately, Rob was the wrong side of the crash and was instantly distanced from the lead group. Jon Mould of One Pro was in the group with Rob and they set to having their own race. Again it was fast and furious with Rob coming in 34th in the end – an incredible performance from our rookie.

The team were impressed with how Rob performed and coped with the pace of the racing and asked him to travel to Scotland with them for the northern rounds and Durham. Unfortunately, Rob had to say no due to the small matter of his university finals.

However, he was able to answer the call up for the final round in Stevenage.

True to form this stage was also wet, very wet. One of the Spirit Tifosi riders stumbled when clipping in at the start, blocking Rob’s path. On the back foot from the off, Rob fought valiantly to hang on to the back of the bunch. Stevenage is a flat course and incredibly fast. By the end of the race all the Morvelo boys were together putting on a great team time trial show for the crowd.

You may recall me mentioning Rob’s hero, Kristian House earlier. Well, what made Stevenage extra special was that Rob got to race his idol in his last ever Tour Series. Kristian is a fantastic competitor and will be greatly missed by the event.

Earlier I talked about Rob’s finals. It is this that makes Rob’s Tour Series adventure even more impressive; all his training and preparation was done while preparing for his final exams.

Being a cyclist too, I am constantly in awe of the speeds he achieves when racing. The stamina, determination and strength needed to compete at top national level are phenomenal. I did dabble in racing a few years ago (persuaded by Rob and his brother) and I hated it. I hung in for five races to achieve my third cat license (despite crashing in one race) and then retired. Starting racing at 41 was never going to be a good idea!

What does the future hold for Rob?

Well, first on the agenda is finding a job. Then he intends to continue with his racing to see where it takes him. Next season he hopes to achieve his Elite licence with Morvelo Basso.

As his strength grows, he intends to make his mark on the national race circuit and next year’s Tour Series.

Will he turn pro?

Right now, he’s loving his racing and thriving on every fresh challenge as it presents itself. The buzz he gets from the thrill of the race is what keeps him going. There is always someone in front to chase, and Rob won’t give up until he’s the one leading the rest of the field.

So remember, you heard the name Rob Ormond here first. 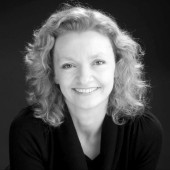 I am a copywriter (Briar Copywriting) living and working in Suffolk. When I am not working I am looking after my two gorgeous sons and can be found cheering them on in cycling pursuits or desperately trying to keep up with them when we're all out cycling together.

Cheap Holidays in the UK – Try a Cycling Holiday